Running GIFs on TV? What is Fiat Thinking?

Chrysler CMO Olivier Francois likes to take risks. That has never been more evident than 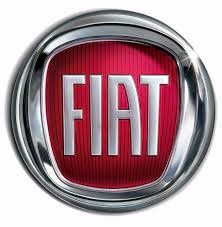 now – that  a GIF-driven ad campaign featuring twerking rabbits and horse heads has reared its ugly head. Ok, that’s a bad pun. But after my initial ‘WTF’ reaction, I thought about the wisdom of this campaign. It’s quirky, very cheap to produce, and might just resonate with the Fiat 500’s target. Let’s just say their target is the same as Honda Civic – and you know how I feel about their latest effort – and Kia, the cool hamsters’ chariot of choice.

As reported in Ad Age, it's crazy, and weird. And if this strategy pans out, there may be some very unhappy producer/director folks out there who make a living creating expensive traditional TV spots. Stay tuned.
Posted by Adman97 at 5:28 PM