Forbes' list of "Best-Ever" Advertising Taglines reminds us of how good we can be.

This is a quickie. While we're surrounded every day by advertising that is total garbage - derivative, immature, me-too and totally forgettable, the list of "Best Ever" Advertising Taglines compiled recently by Forbes is a good reminder of how effective, and enduring, the industry's best taglines can be. It's every copywriter's dream to create one of these. And rightfully so. Taglines become part of our lives.
Posted by Adman97 at 6:40 PM No comments:

Dropping Mercury is the latest smart move by Ford. 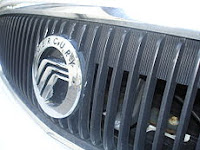 After 71 years of “cruising up and down this road” the latest domestic automotive brand to be phased out is Mercury, the step-up from Ford, or step-down from Lincoln, depending on which end of the market you’re coming from. It occurs to me that the two Mercury cars I have owned, built in the same decade, represented the best and the nearly worst of that marque. My brother’s first car was a 1967 Mercury Cougar. My first car was a 1970 Cougar XR7. Pure muscle, with a little personal luxury thrown in. Its high-compression 351 Cleveland engine produced 300 horses right out of the factory, so it did not disappoint when the right foot was lowered. On the other hand, my 1978 Cougar XR7 was a typical late-seventies Detroit product. Although it was one of the nicest looking cars of the disco era, especially with a set of aftermarket wire basket wheels, it was a product poorly built by a company that clearly let the bean counters have their way. I still have some of the repair bills. In later years, the innovation vanished, the image as a personal luxury brand was forgotten and Mercury became the stepchild of Lincoln.

In recent years, Ford has done a lot of things right. They are profitable and their quality seems to be up to snuff across the board. Problem with the Mercury brand, however, has been the lack of a clear brand personality. Since the “sign of the cat” days, Mercury cars have just seemed like differently-badged Fords. No distinction. No drama. And that “hockey stick” logo never made sense to anybody. For example, it doesn’t make sense to buy the Mercury Mariner when a nicely equipped Ford Escape SUV is such an attractive product. So it makes perfect sense for Ford to drop the Mercury brand. They will no doubt make the higher-end Ford cars a little classier, and make the Lincolns more appealing. The Lincoln-Mercury dealers will be pissed off, but they will be realigned and live to sell cars another day. By dropping the line, Ford will increase efficiency and brand value, just the way Chrysler has done by dropping their Plymouth brand, and GM, of course, by dropping Oldsmobile, Saturn and Pontiac. As much as I hate to see Mercury go, I have to admit this consolidation is a smart move.