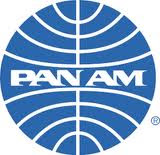 As Pan Am, one of the world’s most iconic brands is revived in a new ABC TV series, it will be very interesting to see if it flies with audiences. Will it be perceived as a wonderful retro romp, or contrived crap? According to a piece in Advertising Age, the brand’s owner, Pan Am Systems of Dover New Hampshire, bought Pan Am out of bankruptcy in 1998 and plans a return to air travel via South American routes in 2012. Whatever the future holds in store for the Pan Am brand, I sure hope the execution is better than this show.

Pan American World Airways, circa 1963. Wow, what a brand. When you think about the 1960s, you think Viet Nam, cool cars, curvy women, the British invasion and those 707 jet planes with the blue Pan Am logo. Back in the day, those ladies were called stewardesses, not “flight attendants.” They were supposed to be feminine. They, in fact, were required to be single, and to wear girdles along with the high heals, stockings, white gloves and hats. Sure, even those of us who are a bit too young to have actually experienced air travel’s “golden age” know there was a time when going anywhere by plane was a special occasion. Air travel these days is a complete drag. Since deregulation, it’s been downhill all the way.

Funny thing, on the morning of Pan Am’s premiere I caught the Mad Men episode where Don Draper, on an overnight trip to see the clients at London Fog, beds a stewardess (yep, she was also wearing a girdle, briefly). So try as I could, the comparisons with Mad Men were unavoidable. Sure, Christina Ricci is great. Sure, there were some good parts. But it’s pretty contrived. The only really cool scene was Christina Ricci being flown by specially arranged helicopter from the roof of the Pan Am building in midtown Manhattan (it’s the Met Life building now) to JFK to make her flight in time. I saw that one coming a mile away, but still enjoyed it. Actually, that would have been relatively routine in 1963. Pan Am had regular helicopter service right from that rooftop to all three metro airports via helicopter until a 1977 accident shut down the heliport permanently. Check out Clint Eastwood’s 1968 film Coogan’s Bluff for an actual, non-CGI look at that. And it was a clever way to remind us of just how prominent that Pan Am brand was – back in the day.
Posted by Adman97 at 6:19 PM 4 comments: