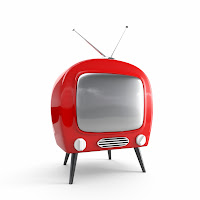 Following up on the previous post, the AAF-Suncoast will present its Fall TV preview on October 6.

This event represents the return of a popular annual program for the Ad Fed, with Representatives from WEDU 3, ABC 7, NBC 8, CBS 10, FOX 13, Blab TV and Bright House planning to attend. They’ll be bringing along clips from last season’s hottest programs and trailers of this season’s most talked about new shows. Plenty of traditional network TV stuff – cop shows, such as the return of Hawaii Five-O to CBS, NBC’s Law & Order Los Angeles and Blue Bloods with Tom Selleck, and new prime time comedies, like Mike and Molly and Outsourced. Several interesting new shows debut this fall from the cable networks, and we know they've really become a force to be reckoned with on the strength of major cable hits like AMC's Mad Men and HBO's The Sopranos.

I’ve always enjoyed the Fall TV Previews when we did them “back in the day” and I’m glad that Alex Stafford, Ad Fed Programs Chair has decided to go ahead with this one. Alex is getting plenty of help from my good friend Linda Gross, a well-known media buyer and recent recipient of the Ad Fed’s Silver Medal Award.

Strong early interest in this event is another indication that traditional media certainly is not dead.

Become a new member at the event and get in Free!

Delicious hors d'oeuvres and a cash bar will be provided by Cosimo's Restaurants.

Fall TV season to be a strong one for toys, but a dud for kids’ food brands.

According to Wayne Freidman’s story in MediaDailyNews, strong toy ad dollars on kids' TV networks are fueling a surprisingly higher-priced third and fourth-quarter selling period. The kids’ food category, however, isn't fairing so well. Translating that for those of you who are not media buyers, this is the time of year when big dollars are at stake, ramping up for the holiday toy retail – uh, - what’s the word? Madness.

Kids' marketers typically spend heavily in the fourth quarter and especially in the so-called "hard eight" or 10 weeks before the Christmas holiday. So what’s new? In spite of a sluggish economy, the advertising CPM in key demo kids' groups is soaring -- up 20% to 30% or more over an already strong 2010-2011 kids' upfront market.

Freidman says the market is so hot, certain networks are sold out in specific days/weeks. Big kids' retailers Wal-Mart, Target and Toys 'R Us are using their clout to pressure even modest-size toy manufacturers to spend heavily on television.

Continuing to lose steam, however, is the kids' food category.

Food marketers had been curtailing efforts, especially around rising kids' health and obesity issues. Sara Lee Corp., for example, recently said it would limit its kids' TV marketing under an industry-wide initiative. Sara Lee joins 16 other companies, including Burger King, Campbell Soup Company, Coke and Pepsi, Dannon, General Mills, Hershey, Kellogg, Kraft Foods, Mars, McDonald's and Nestlé. I learned about this intitative early this year and, believe me, it’s not going away.