Who knew the next battle in the aftermath of a presidential election that established new lows in American politics would be fought at the breakfast table? Have we now entered into a whole new low in advertising? Will we now see an environment in which brands are punished by “fringe” elements for making basic, responsible brand management and marketing stewardship decisions?
Since former Breitbart News chairman Stephen Bannon’s appointment as one of the president-elect’s top advisers, scrutiny of the “conservative news” website has intensified.
According to The Wall Street Journal, Breitbart News is now asking its readers to boycott Kellogg Co. after the cereal maker said it would no longer advertise on the website.
In a post on Breitbart News on Wednesday, the publication called on readers to sign a #DumpKelloggs petition against the manufacturer, whose brands include Frosted Flakes, Rice Krispies and Cheez-It.
This week Kellogg said it would pull its ads from Breitbart News after consumers notified the manufacturer that its products were appearing on the site. A company spokesperson told the Associated Press, “We regularly work with our media buying partners to ensure our ads do not appear on sites that aren’t aligned with our values as a company.”
Instead of leaving it alone, according to the WSJ story, Breitbart fought back like a seventh grade bully. “Boycotting Breitbart News for presenting mainstream American ideas is an act of discrimination and intense prejudice,” Alexander Marlow, Breitbart News editor-in-chief, said in the Breitbart News article.
The questions are many. Is this action justified? Is Kellogg asking consumers to “boycott” Breitbart News? Are they telling people to reject the hard-right site? Seems to me they are merely managing their brands in a responsible manner, steering them away from associations that could have damaging long-term consequences. Consumers are perfectly justified in questioning why the breakfast cereal brands they buy for their families were advertised on a website that’s been associated with white supremacy, among other nasty things.
This is clearly a negative by-product of the algorithm-based advertising world we’re living in. Can brands be absolutely certain of all the places where their ads are appearing? And should this be the way media conducts itself? I’m not aware of any “mainstream” media outlet that would say, “Choose not to run your ads here, and we’ll promote a boycott of your products.” And further, could this kind of nastiness eventually become the norm?


My advice to Breitbart: Don’t fuck with Tony the Tiger!
Posted by Adman97 at 7:56 AM No comments:

Here's a great little piece that came across my radar screen today. From Fast Company, helpful advice for anyone who needs to "play well with others."
Posted by Adman97 at 4:48 PM No comments:

Toyota’s “You Don’t Own Me” is Less Stupid, Still Laughable

I’ve often said Honda and Toyota have had some of the industry’s stupidest advertising. It’s safe to say most of their efforts to reach the Millennial demographic have just been embarrassing. Now along comes this spot for the Corolla using Leslie Gore’s classic 1963 song, “You Don’t Own Me.” Great tune, great hook, great production by the incomparable Quincy Jones, enough said. With a hook like that, the spot will get your attention.

Finally, a Toyota spot that is less stupid. But it’s all downhill from there.

According to Miriam Tremelling, writing about the effort in Campaign US, the ad’s best performance is among 21- to 35-year-olds, and displays stronger Desire and Relevance scores among males in that age group. To me, it’s mind-boggling that this demographic group, which puts strong emphasis on individuality and self-expression, would be interested in such a plain vanilla car. And males? C’mon, the Corolla is a girl’s car, plain and simple.

I don’t care what song they use, or how “empowering” the song’s message is, Toyota’s effort to convince this demographic that driving a Corolla will somehow empower them is about as laughable as their recent effort to convince you there’s something “bold” about the Camry.
Posted by Adman97 at 12:06 PM No comments:

The King of Beers’ latest summer season redesign of its labels is attracting a lot of attention, but some of it is definitely for the wrong reasons.

Budweiser announced the campaign, officially named “America Is in Your Hands,” last month and will run it until after November’s presidential election. As a recent NY Times editorial pointed out, if the brand was hoping to start a conversation, it accomplished that and then some.

Is this patriotism, or pandering? Considering the fact that A-B is no longer an American company – its corporate parent is the Belgian-Brazilian beverage conglomerate Anheuser-Busch InBev. – it’s no wonder they’re getting plenty of heat on social media.

Read Martha White's NY Times Story
Posted by Adman97 at 10:57 AM No comments:

Chevy’s tribute to Prince: “So good, it’s running in print, too.”

Adweek’sroundup of brands’ tributes to Prince, who passed away last month at only 57 years of age, includes mostly “purple-clad homages.” Very predictably, lots of brands wanted to “join the conversation” without being caught in the act of – well – promoting their brand. Some didn’t manage it well, and one did so quite brilliantly.

Adweek points out that at least two brands had second thoughts about their posts and deleted them outright. Many others remain up, though some are clearly in questionable taste—mostly because they feel overly self-promotional. It’s a fine line, and it’s so easy to get it wrong that I’m thinking most brands, unless they do have some connection to Prince or are in the entertainment industry, should probably have done nothing.
Posted by Adman97 at 2:55 PM No comments:

Film about McDonald's "Founder" Ray Kroc to be released this summer

Here's another "bio pic" about a big brand - this time it's McDonald's. This film is more about Ray Kroc than the brand itself. Of course it is nearly impossible to separate the two. What Jobs was to Apple, certainly Kroc was to the Golden Arches. I'm looking forward to a strong performance by Keaton as the former milk shake machine salesman who, while not the actual "founder," became the  driving force behind this global brand.

Directed by John Lee Hancock. The release date is August 5, according to IMDb - so you'll have to wait a bit to see it.

Brands Are Making Packages the Media of the Future

What are consumer packaged-goods marketers doing to fight back against consumer ad-avoidance trends? As reported by Jack Neff in AdAge, they’ve have been making packages more of a priority. The new generation of such “smart packages” or “connected packages.” includes McDonald's recent Happy Meal boxes in Sweden that convert into virtual reality headsets for kids to view videos.

This is one of the trends for 2016 that I mentioned in my recent “Been There, Done That” podcast session (look for episode #37).

Some capabilities that might ultimately be incorporated into smart packages are already being embedded into products. Clorox Co., for example, last week launched a Brita Infinity water pitcher that as its filters are used up can automatically reorder them through Amazon's Dash program. And Church & Dwight Co.'s First Response recently announced a pregnancy test that sends results to a smartphone app that also encompasses a pregnancy education and relationship program.
Posted by Adman97 at 1:08 PM No comments:

Is “Product-Centric Marketing” a New Concept in Food & Beverage Advertising?

Remember when ads for soda pop were simple? That close-up shot of the fizzy water being poured over ice – ahhh, the refreshing taste of (fill in the blank). Simple and effective. 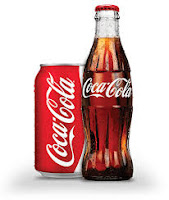 Sure Coke “taught the world to sing” with it’s hilltop ad all those years ago, but after its seven-year-old “Open Happiness” campaign went wildly adrift with messaging that spoke of lifting spirits, making the world a better, more peaceful place –Coke’s “Taste the Feeling” will now indeed bring it back to basics: this stuff tastes good, and refreshes. Score one for the bottlers, who presumably don’t care about all that high-minded stuff. They just want to sell more fizzy water.

Wheaton says, “It says a lot about the state of the industry that it’s major news when a giant brand announces it’s going to do a product-centric campaign.”

Could it be that the big brands – and Coke is certainly the biggest – have gotten way too “full of themselves?”
Posted by Adman97 at 11:52 AM No comments: