Celebrating 20 Years of 'Got Milk?' 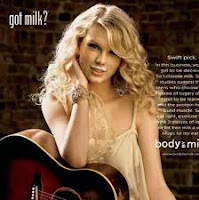 How time flies. This is the 20th anniversary of one of advertising’s most enduring - and unfortunately most copied - taglines. I refer to the ‘Got Milk?’ campaign, commissioned by the California Milk Processor Board in 1993, then adopted by the National Milk Producers Federation.


The agency that got the job - Goodby, Silverstein and Partners.

According to the ‘history’ page on the agency’s website, around that time they also introduced the less memorable but quite creative Budweiser lizards (Bud-Wise-Er). So it would appear that they had the beverage category creatively covered.

Goodby says his research shows that "got milk?" has become the most remembered tagline in beverage history, outstripping those of beer and soft drink companies with much larger budgets.

There have been many great food and beverage taglines over the years – ‘Have a Coke and a smile”, “Nobody doesn’t like Sara Lee”, “It’s Miller Time” - but this little piece of culture was a real trend setter back in ‘93. It’s probably advertising’s most competitive category, and one that spawns many examples of much less memorable advertising, indeed.

Far be it from me to dampen this celebration, but no discussion of this great campaign could be complete without mentioning the downside. In this case, the downside is the fact that every low-budget, non-creative thinker on the client’s side of the desk thought it would be a great idea to do a ‘got _____?’ to immortalize their product, and simultaneously celebrate their complete lack of creativity. For me, all those hacks kind of tainted – spoiled if you will – what was honestly a brilliant concept.

When you look back at all those celebrity milk mustaches, you can’t help but smile. And all those ‘got milk’ imitators? I’ll bet you can’t remember a single one.
Posted by Adman97 at 1:47 PM No comments: